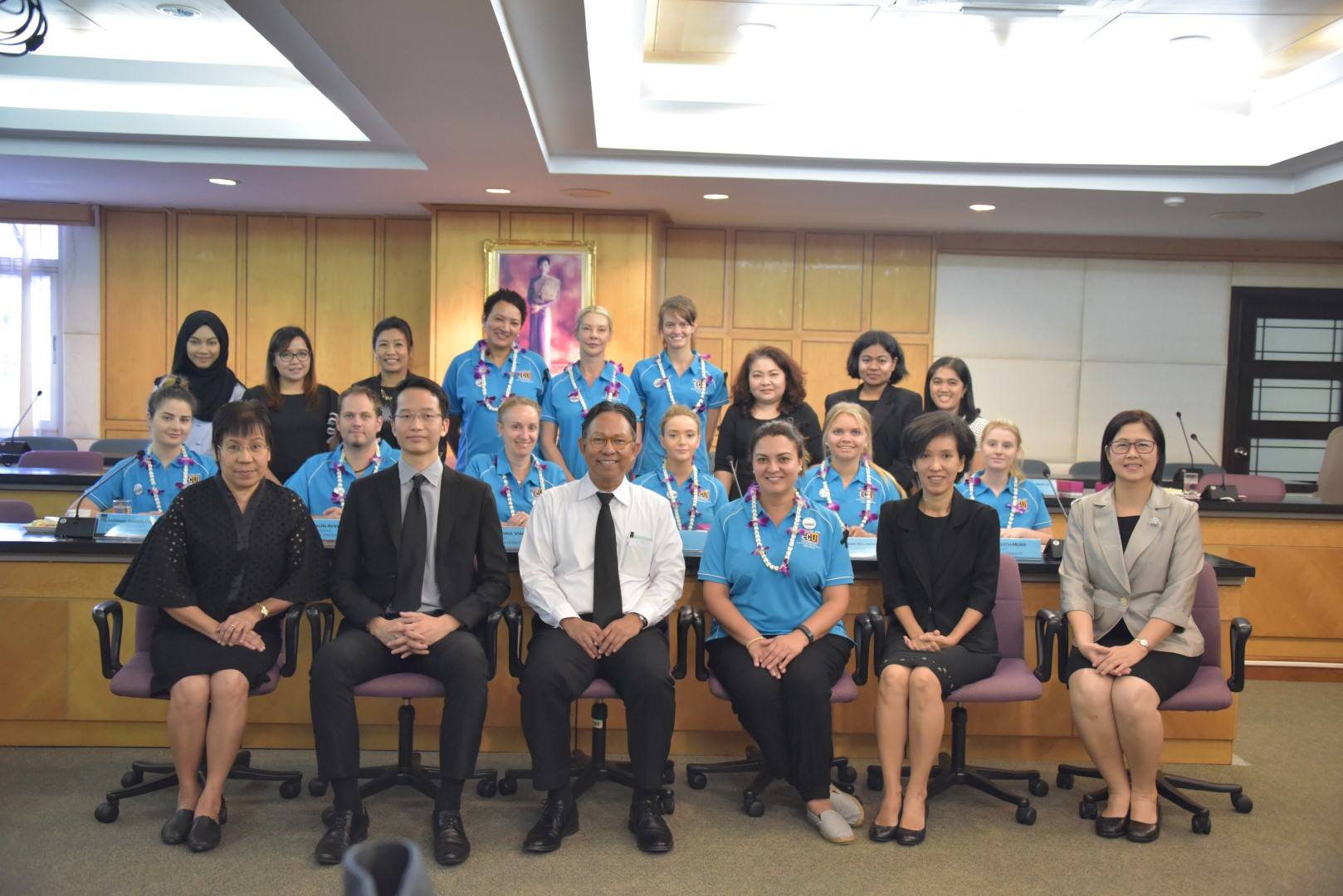 On Monday 14th November 2016, Assoc. Prof. Dr. Surin Maisrikrod, Vice President for Academic Affairs and Global Engagement of Walailak University (WU), joined by Dr. Pongsathorn Dechatiwongse Na Ayuthaya, Director of International Affairs, faculty staff from School of Nursing and members of Inter Affairs Walailak warmly welcomed a group of 10 Edith Cowan University (ECU) delegations led by Ms. Saskia Maes, a lecturer in the School of Nursing and Midwifery. On behalf of President, the Vice President sincerely praised a sustainable long-term relationship of over 16 years between WU and ECU. He also shared with the audiences the progress of WU’s Hospital and Medical Centre, which to be fully opened in 2018 as well as a number of the University’s planned internationalisation initiatives such as the Cultural Camp, Dual Degree Programs and the Institute of Languages. During a welcoming ceremony, everyone stood in silent tribute to the late King Bhumibol Adulyadej for HM the King’s devotion to human development for last 70 years.

Bringing the World to Walailak University